Blogs
You are here: Home1 / Blogs2 / Two Way Radios3 / How Much Does a Professional Two-Way Radio Cost?

The word two-way radio includes technologies that allow people to communicate with one another using radio signals. Each user gets a radio device that transmits music and data through radio waves. A two-way radio setup might be as basic as a pair of radios directly connected or as complicated as an integrated infrastructure covering a whole nation.

Are you curious about the price of a quality two-way radio? There are many choices to pick from that. Therefore, it can be difficult to tell how much a two-way radio will cost. Below is a list of two-way radios and their estimated costs:

Radio System for the Family (FRS)

FRS radios are the type of radios you may buy at Walmart or online stores. The Family Radio System should be used to keep track of your children at the park or beach. Many enterprises employ FRS communications daily. However, the longevity and dependability of this set are doubtful since we receive multiple complaints about it every day. FRS radios do not require an Industry license, have no security, and cost between $30 and $80 per unit.

These serve as an entry point for enterprises to begin using two-way radios. Commercial two-way radios are ideal for use in various industries, including entertainment, academia, light manufacturing, light production, property maintenance, and volunteer fire services. These radios will provide essential communication but lack sophisticated capabilities such as digital wavelength, waterproof certification, and IMPRES battery tech and cost around $500 to $1200.

Mission-critical radios are the most sophisticated and advanced two-way radios. Mission Critical radios are typically employed in public health, safety, and governmental agencies. Mission-critical radios are generally used on P25 systems and wireless connections. Agencies such as big metropolitan police and fire services and detention centers, and intelligence agencies require the functions of these transmitters since communications are their lifeline to aid if a catastrophe arises. The average cost of these two-way radios varies between $1500 and $7000.

Among the most crucial factors to be considered when selecting a 2-way radio is the bandwidth you require. A high-quality radio should have enough range for the great majority of users. For example, in excellent weather, the effective range of consumer 2-way radios with transmission antennas of 0.5W is up to 10km.

When choosing a set of two-way radios, you must also consider the number of handsets required. A twin set may suffice for a family vacation, but bustling workplaces will almost certainly require many more to keep everyone linked, and this can be managed when you buy in volume as the price of each handset drops.

License-free two-way radios have a specific frequency where other handsets connect. Aside from the networks, there are usually several privacy passwords. They enable users to speak freely without interruption from others, which might be an issue if you’re using them in a location where there are a lot of other two-way radios in use, such as a ski area.

Some radios use standard batteries, while other two-way radios are known to use rechargeable batteries. If you want to use your two-way radios for more than just a few days and will not have frequent access to a power source, a device that accepts regular batteries or both will be better. Rechargeable 2-way radios, on the other hand, are always better for frequent usage. 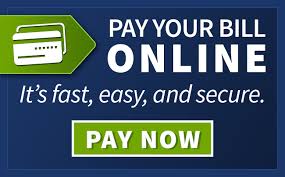 5 Reasons to Switch from Analogue to Digital Two-Way Radio

Why is Two-Way Radio Still Superior to Cellular in Disaster and Emergency S...
Scroll to top